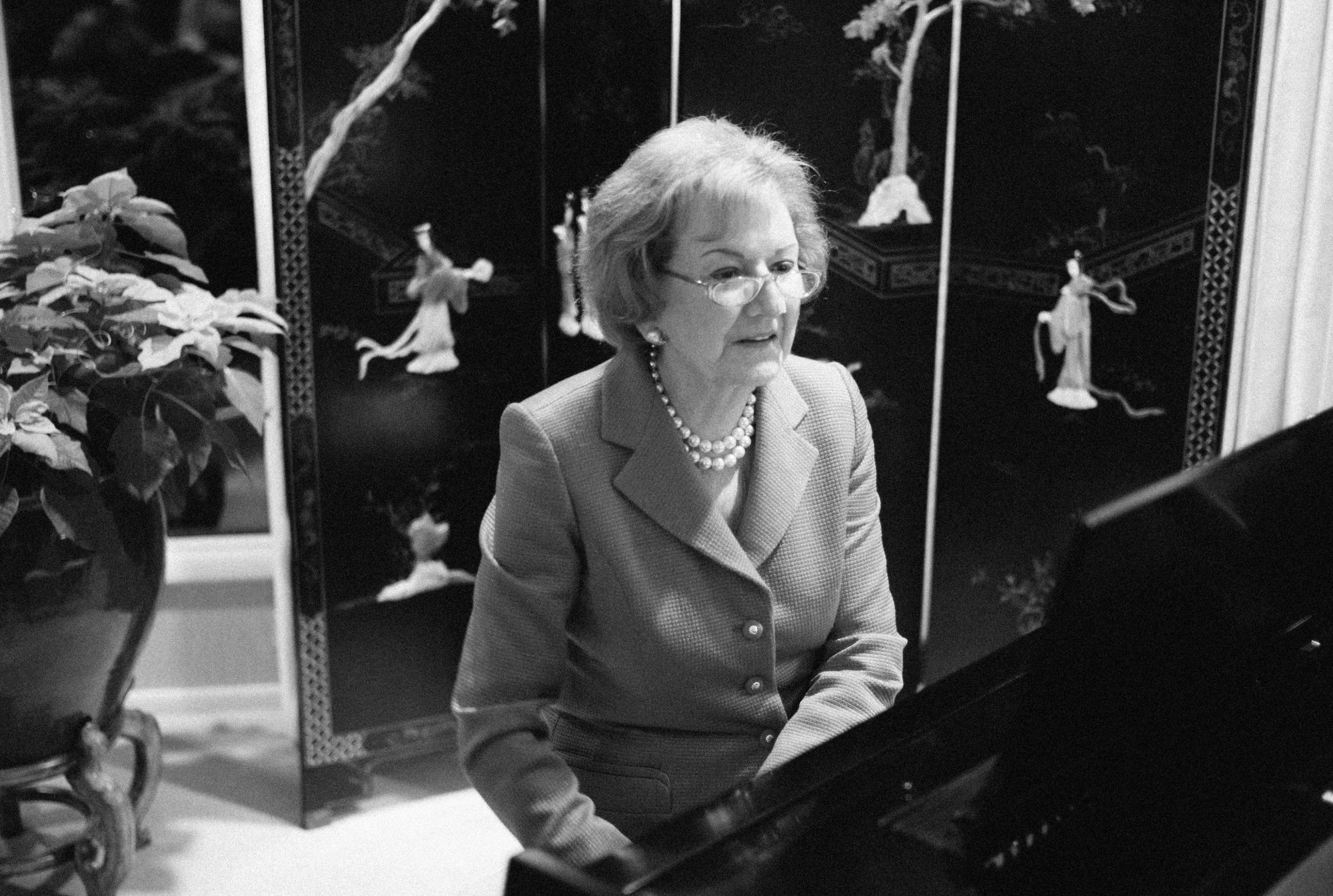 Helen DeVos understood the power of music as a way to bring people together and lift them up. She especially believed in giving youth the opportunity to develop their talents.

She did this through her support of several organizations designed to help children grow in their love of music, such as St. Cecilia Music Center, Blue Lake Fine Arts Camp, and the Richard and Helen DeVos Center for Arts and Worship at Grand Rapids Christian High School.

Born Helen Van Wesep, her parents created an environment for their only child filled with music, love and Christian values. She developed her own lifelong love of music and a deep commitment to the arts that has touched the lives of thousands and become a piece of her legacy. Those efforts have helped expand the cultural landscape of West Michigan and beyond.

“I don’t remember a time in my life when music wasn’t a part of it,” Helen said in a 2012 speech. “My mother started me on the piano at 4, and my parents took me to concerts throughout my growing up years. There was a lot of singing in the schools that I attended and yearly pageants with some really fine classical music. Then in college I discovered our local orchestra and I’ve been in love with orchestral music ever since.” 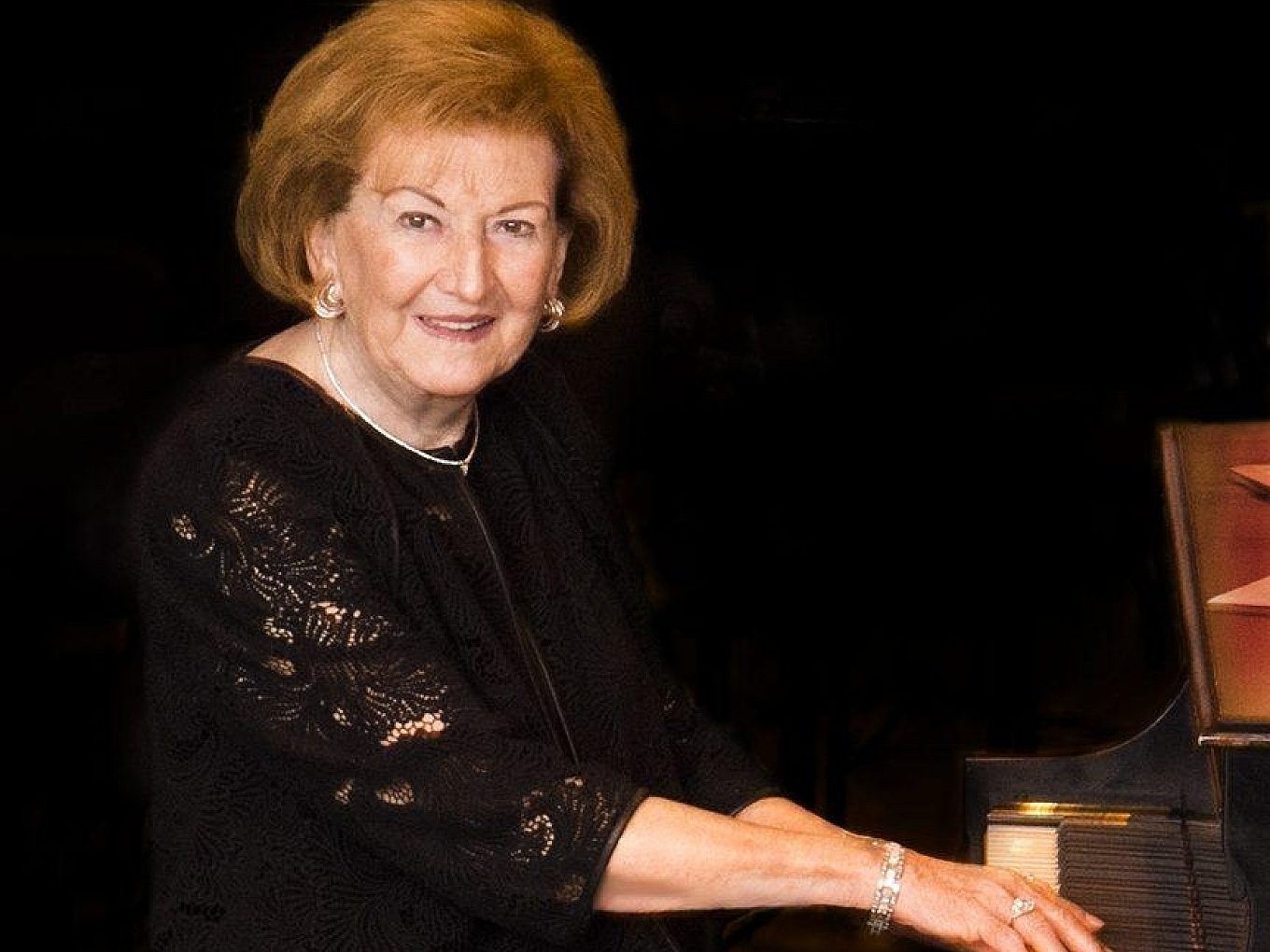 Over the decades, she and her husband, Rich DeVos, donated tens of millions of dollars to cultural organizations. They are major benefactors to the Grand Rapids Symphony and DeVos Performance Hall, a world-class theater where Grand Rapids Ballet, Opera Grand Rapids and Broadway Grand Rapids stage performances throughout the year.

“Music was so important to Helen, and her influence over this organization was vast and heartfelt because it was such a personal part of her life,” said Peter Perez, CEO of the Grand Rapids Symphony.

“She believed the great community of Grand Rapids needed and deserved a great orchestra. Her inspiration and support made it possible for a fine community orchestra to grow into a world-class professional ensemble and the second-largest performing arts organization in Michigan.”

“After attending many concerts over the years, we know that the orchestra provides inspiration, education and enjoyment for the people of West Michigan,” Helen said in 2007 when she was presented with the orchestra’s BRAVO! Lifetime Achievement Award.

Their generous support began as founding sponsors of the Grand Rapids Symphony Orchestra DeVos Quartet in 1974, as well as the Artists in Residence Program. However, Helen did more than donate money. For nearly 20 years, she was an active member of the Grand Rapids Symphony’s Board of Directors. When Helen was recruited to serve on the board in 1971, she was told it would be a working board.

“And it was absolutely,” Helen recalled. “We may have had differing opinions now and then, but in the end we shared a passion for the symphony and worked together for its continuing success and advancement.”

Helen’s dedication to the symphony was inspiring, especially to her husband, who supported her vision of giving the gift of music to future generations in West Michigan.

“Helen’s love of music drew us into the organization, and we’ve experienced the symphony’s growth into an orchestra recognized nationally for the quality of its concerts and educational programs,” he said in 2016 at the conclusion of the orchestra’s Legacy campaign. “We’re glad to help preserve and sustain our orchestra, which helps create a positive atmosphere for growth in our community.”

“We both found that it takes a whole community, not just the music lovers in it, to keep the music playing,” Helen said in a speech.

Helen devoted herself to causes that support children and the arts. By establishing a culture in her family that shared this priority, she helped set the stage for her grandson Rick DeVos’ creative idea to launch the ground-breaking international ArtPrize competition to West Michigan.

Helen DeVos was the only child of two educators who instilled in her the principles of a servant’s heart.See an overview of her life

In 2019, St. Cecilia Music Center inaugurated the first Helen DeVos Legacy Award to celebrate her contributions to the cultural life of West Michigan. It is presented each year during Women’s History Month in March to honor an outstanding woman who has developed, contributed and advocated for expanding arts and culture within West Michigan as Helen did.

The DeVoses were major contributors to a $5.5 million fundraising campaign for the St. Cecilia Music Center in downtown Grand Rapids. The funds were used to help renovate the historic center’s Royce Auditorium and create a $3 million endowment to help sustain the organization.

Thanks to the family’s support, St. Cecilia Music Center continues to provide quality opportunities in music education for thousands of youths and adults through its School of Music programs.

Helen’s love of music was embedded at an early age because her parents were intentional about her musical experiences. They signed her up for piano lessons at age 4 and took her to concerts with such legendary performers as violinist Fritz Kreisler and tenor Jussi Bjoerling.

A music appreciation class at Calvin College had the biggest impact for Helen.

“That’s probably the genesis of my enjoyment of symphonic music,” she said in 2007, when she received the BRAVO! Award. “Music did play a big part in our lives. And thanks to this orchestra, children growing up in Grand Rapids today will be able to have their own musical memories.”