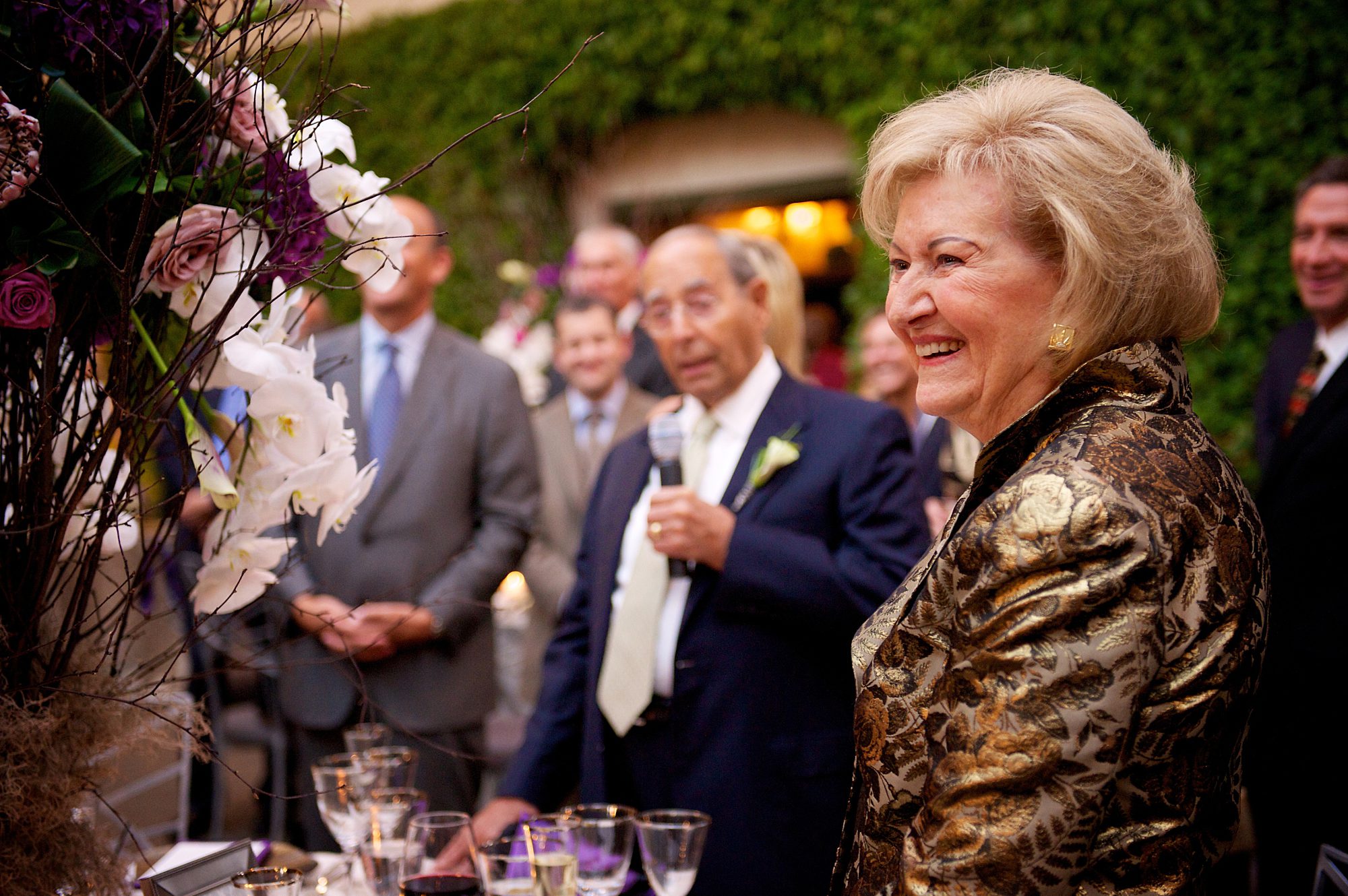 Helen lived her life with strength, grace and a very present faith that guided everything she did. Her days began with morning devotions, concluded with evening prayers, and it wasn’t unusual for her to carry on conversations with her Maker throughout the day.

Daughter Cheri can still picture her mother in her parents’ bedroom seated at a table near the window with her Bible open. “That’s where I envision her, in a quiet, personal place, in prayer.”

Helen shared that bedrock with her family, teaching them Bible verses and encouraging them to spend time in prayer, meditation, and most certainly in church on Sundays.

Helen’s favorite verse was the reassuring words found in Philippians 4; 4-7, where we’re advised to “Let everyone see that you are considerate in all you do” and instructed to not “worry about anything; instead, pray about everything.” The verse continues, “If you do this, you will experience God’s peace, which is far more wonderful than the human mind can understand. His peace will guard your hearts and minds as you live in Christ Jesus.”

Son Dan echoed his sister’s sentiments when he described his mother as “the quiet, steady one,” and a woman for whom “the Bible was always close by, even on the boat.” In fact, when Dan got into trouble as a youth, he could sometimes count on receiving a slip of paper from his mother bearing a Bible verse. “That verse,” he said, “spoke for her.”

Rich often told the story of when Doug struggled while a student at Purdue University. Doug admitted, “I didn’t have a particularly spectacular semester.”

It was Helen who chimed in and took charge of the situation. “I remember the telephone call,” said Doug. “She was so mad I probably could have heard her even without the telephone. She told me I was capable of more. And of course, she was right.” 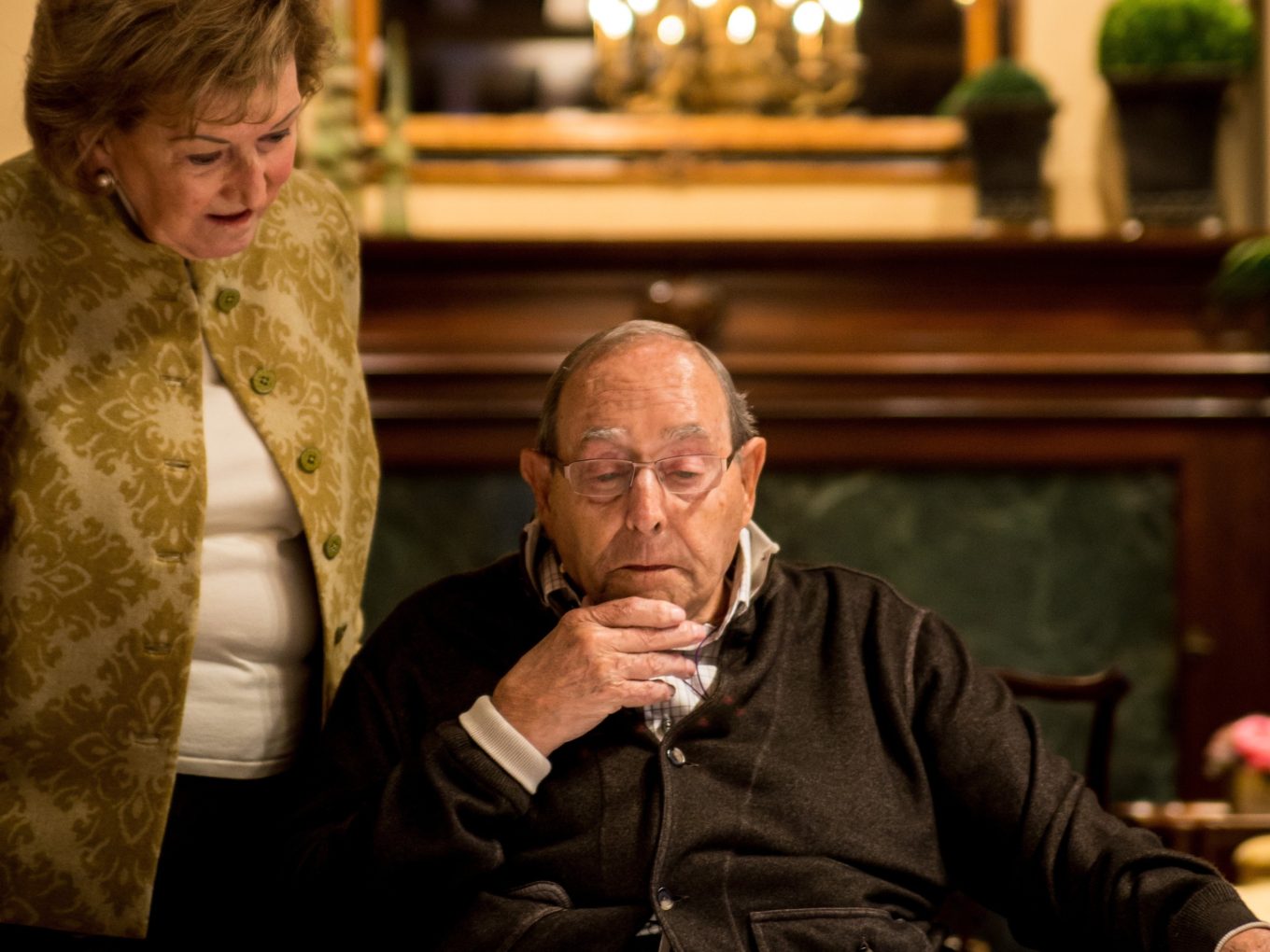 1/3
Rich and Helen review a copy of the family constitution, which articulates the family’s mission and values. 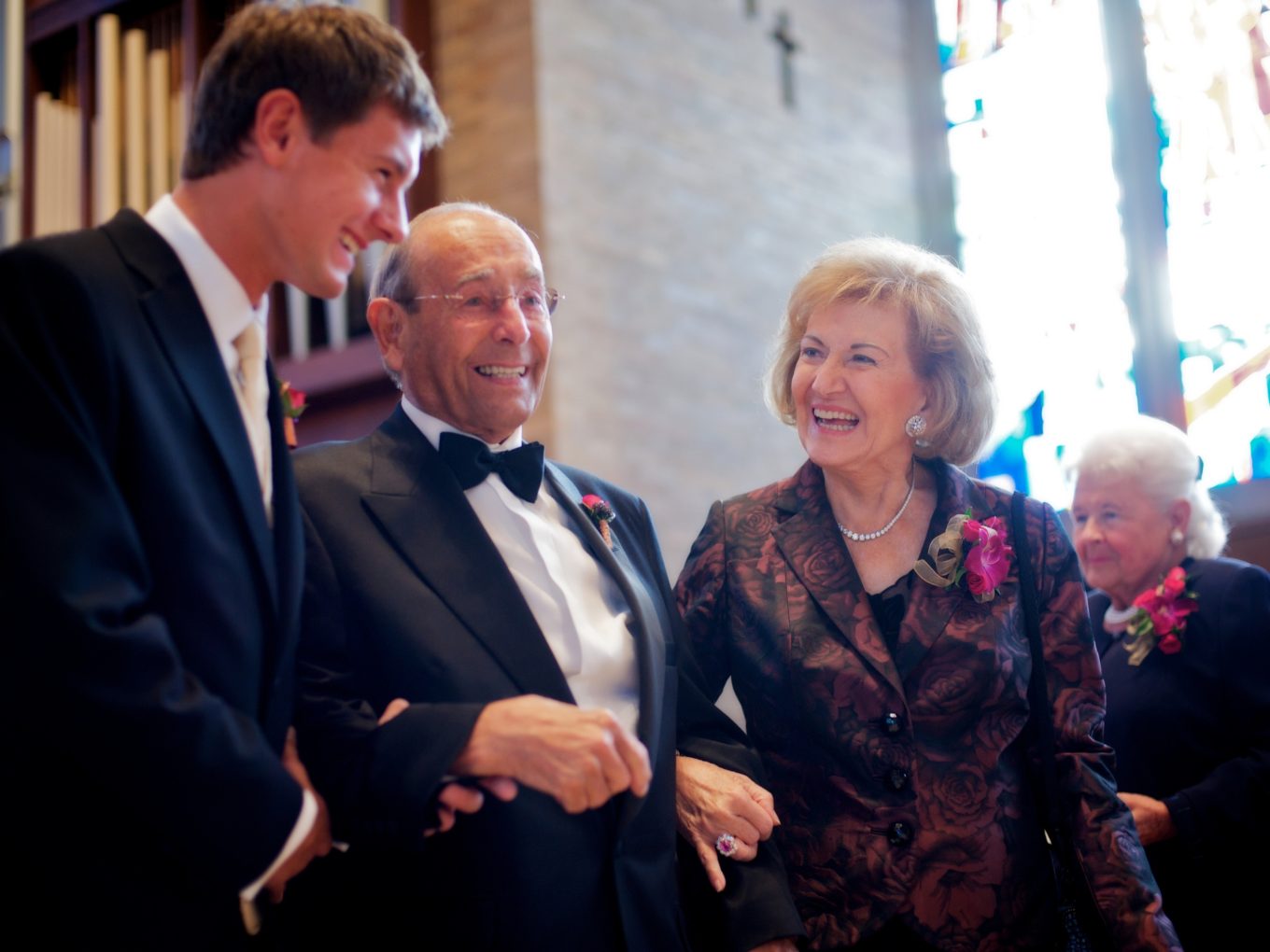 2/3
Rich and Helen are escorted by a grandson at a family event. 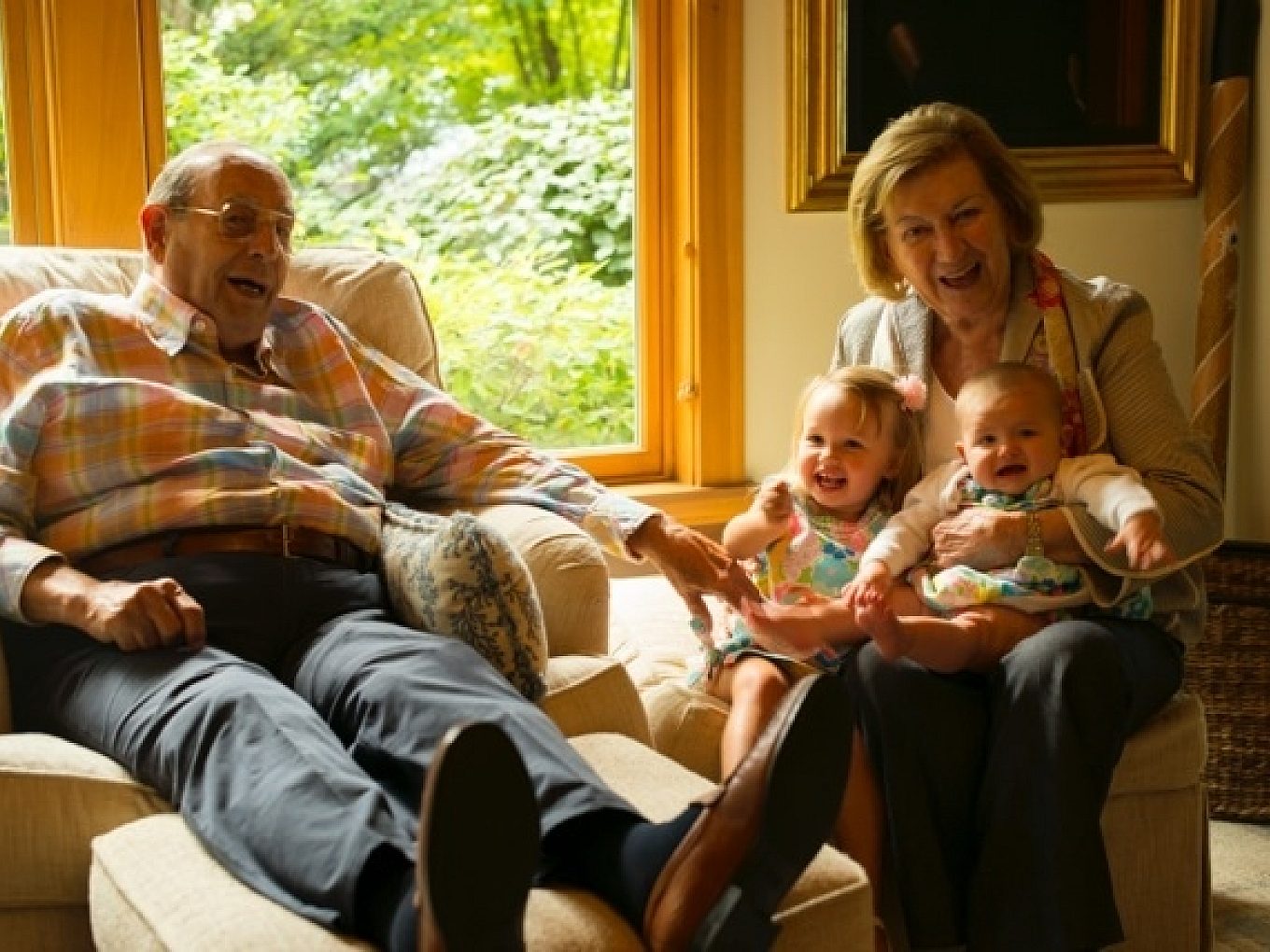 3/3
Rich and Helen enjoy a visit from their great-grandchildren.

All four children were impressed by the changing role that befell their mother as their father grew sick and needed a heart transplant in 1997.

“That was a memorable turning point for all of us,” said Dick. “She told us that she never questioned ‘What happens if he dies? because my faith informs me about what that picture looks like. I’m more concerned with if he lives. Then it’s not so clear.’ She was a realist.”

Helen’s deep Christian values were handed down from her mother and her father, who doubled as a teacher and preacher.

“My parents lived their lives according to their beliefs and values,” Helen was known for saying. “I learned from an early age to live my life grounded in faith.”

Helen spent her early years in Grand Rapids, but as young teen her family moved north to Frankfurt, Michigan.Early years

That life with her parents was often steeped in quietude as well. Helen’s mother never learned how to drive, and the three never traveled extensively. Helen’s oldest child, Dick, remembers visiting his maternal grandparents as a kid, and learning to check any rambunctiousness at the door.

Dick and his siblings grew to understand later that “Although my mother remained a quiet lady, it was never to be confused with a lack of clear opinions, or with the power and ability to make an impact. She was quiet and contemplative in her own style, but very strong, if only evidenced by the many changes she had to make in her life.”

Cheri says faith guided her mother in all things, but in tough decisions especially: “She was a person you could go to in a crisis, and she handled many crises over the years, and that’s when she shined. When there was a problem, she had a way of giving you a rock to hang onto, so you could get through that crisis. She had a grace and strength and wisdom beyond most.”