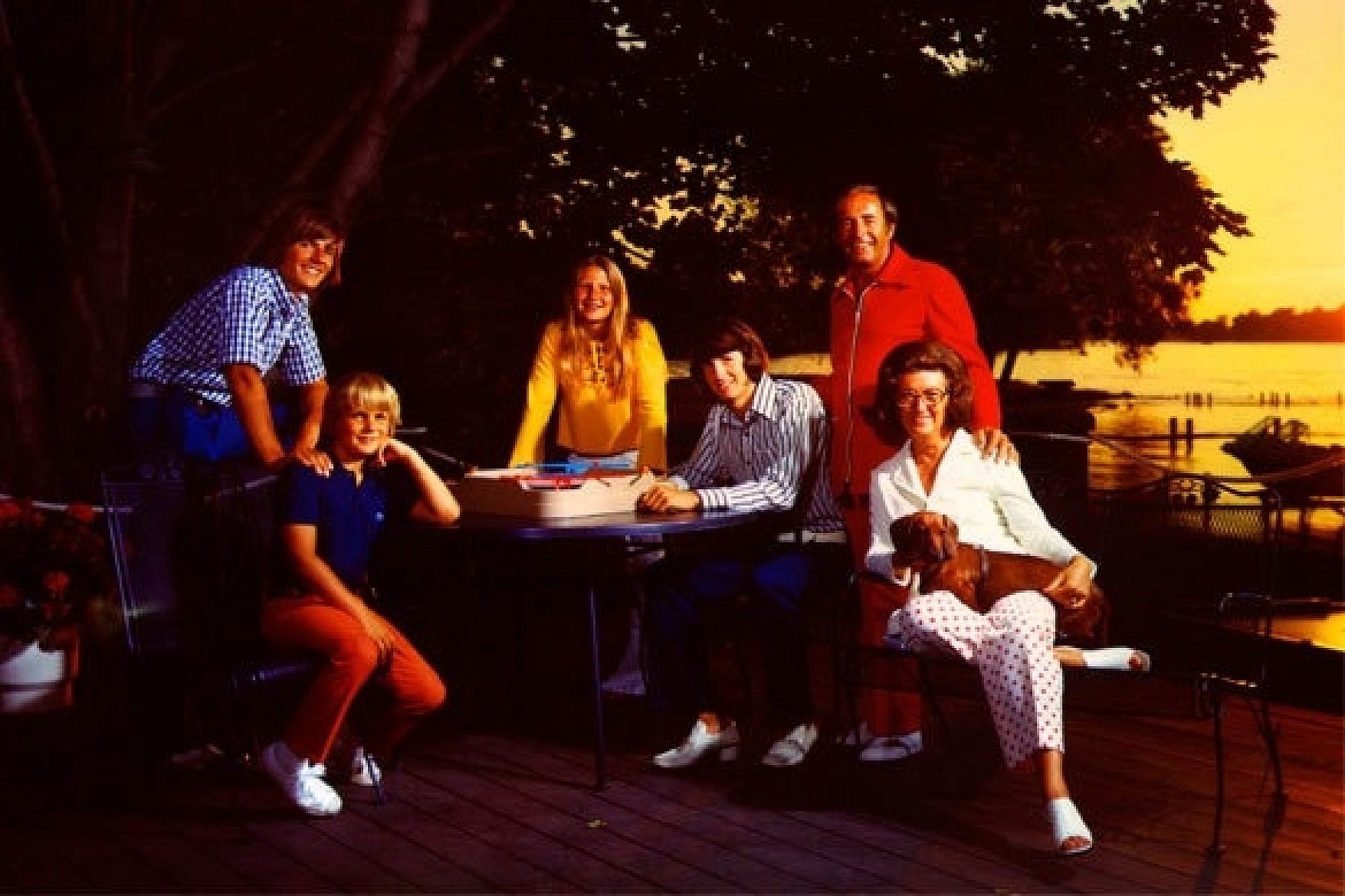 Helen, Rich, their children and the family dog. Rich described Helen’s role as making sure the family kept its spiritual footing and kept on the right path.

The anchor of her family

Helen’s greatest legacy was the family she created with her husband, Rich, who died September 6, 2018. She was truly the anchor of her family—although she never would have said so herself.

Helen met Rich while walking home one day with her friend Adele. Rich offered the young women a ride home.

After dropping Helen off, Rich told Adele he thought Helen was “kind of cute” and asked for her phone number. Adele wrote Helen’s name and phone number in Rich’s psychology book. That book still has a special place in the family library.

Helen’s reaction was not initially positive. “I thought he was pretty cocky and had a gift of gab,” she shared years later with her family. “I didn’t quite understand him at first, believe me.”

But as she got to know him better, her opinion changed. “The cockiness was that he was self-assured and the gift of gab was an ability to communicate,” she recalled.

When Rich called, he invited Helen to go for a ride. She thought that meant by automobile. Instead, Rich surprised her by flying them to Muskegon and back.

The shy only child grew attracted to a man filled with the spirit of adventure, and she eventually decided he was “something special.”

On her 25th birthday, Helen got cake, ice cream, a song—and an engagement ring from Rich. A year later, on February 7, 1953, they were married at Park Congregational Church in Grand Rapids. Adele served as maid of honor. Rich’s long-time friend and business partner Jay Van Andel was their best man. 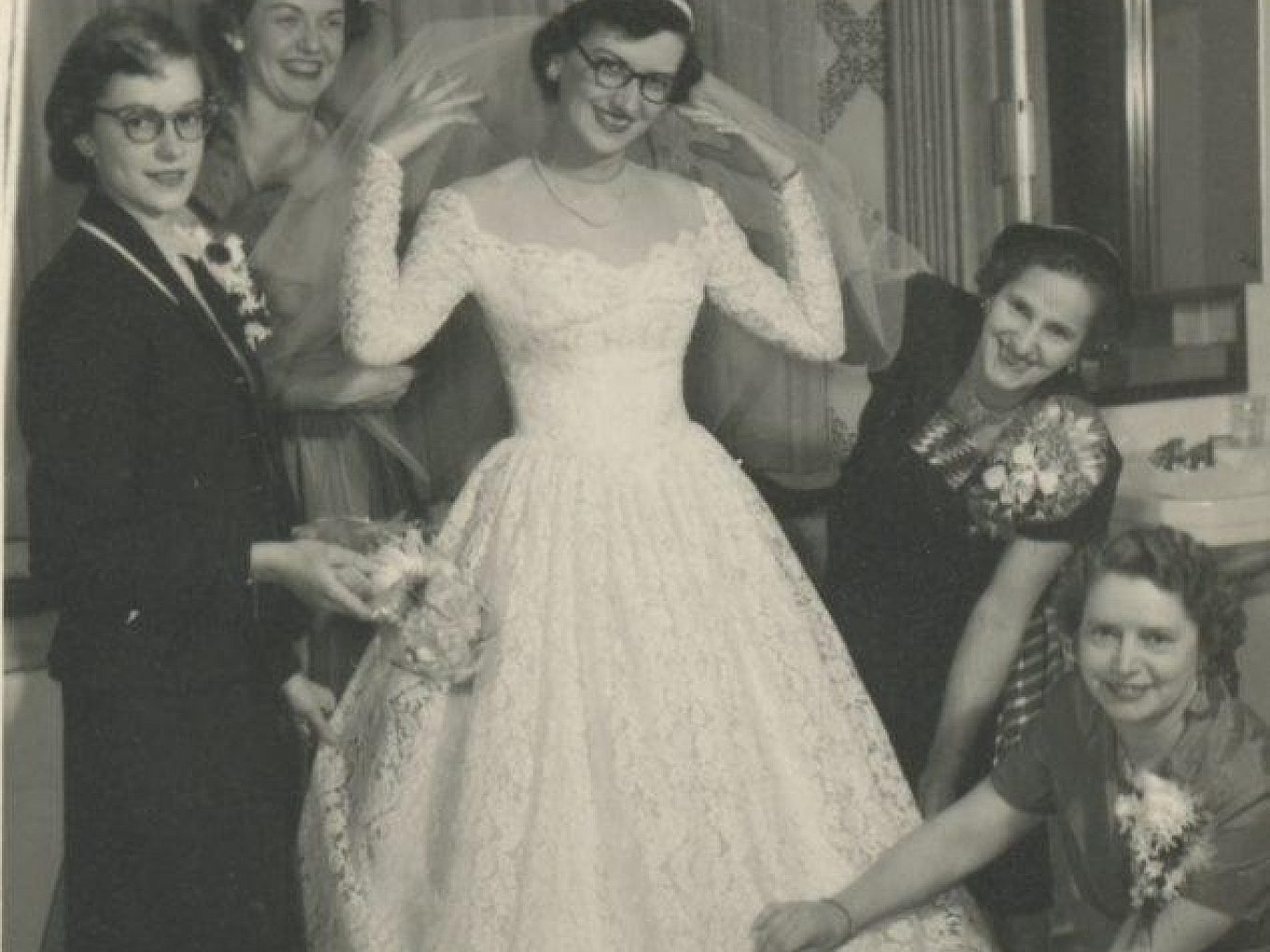 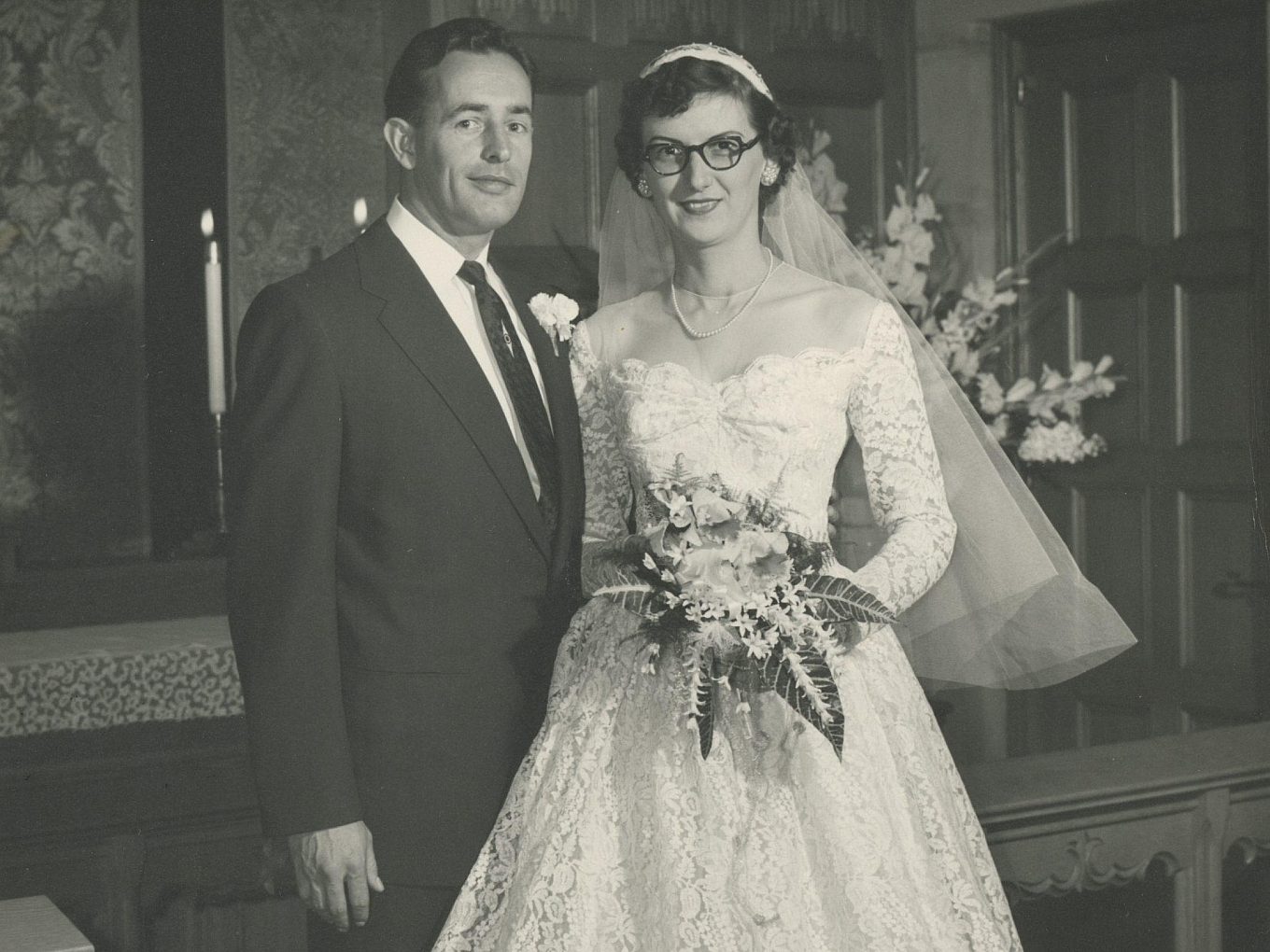 A growing business and growing family

After honeymooning in Key West, the newlyweds settled in Ada next to the Van Andels. At the time, Rich was making $150 a week selling Nutrilite vitamins and supplements. It was Helen who insisted that the first 10 percent of anything they earned go to the church, an example she learned from her friend Adele and instilled in her new family.

Helen moved her interests from teaching to business, assisting Rich in his fledgling enterprises with Jay. “I didn’t feel I was working with him,” she once explained. “I was learning with him.”

Rich and Helen were blessed with the births of Dick in 1955, Dan in 1958, Cheri in 1961, and Doug in 1964. All four children cherish memories of special times with their mother—including the ability to laugh at themselves.

“I remember in seventh grade I had a home economics class, and I had to sew a pair of pajamas,” recalls Cheri DeVos. “She did it right along with me, sewing another pair so that we could do the project together. We joked about that, and we also joked about how she was never a good cook—and I was even worse.”

Her son Dick recalled when his mom once served liver and onions to her young, hungry family. “The kitchen smelled wrong right away,” he observed. “We sat down, and we could all tell that our Dad was not particularly happy, either. There was a bit of a delay. We all watched as he took a bite. And then he went to the kitchen cabinet and pulled down a box of Wheaties. We knew what that meant: Take one bite, and you could be done.”

Their progeny now includes children and spouses Dick and Betsy, Dan and Pamella, Cheri and Steve, and Doug and Maria; grandchildren and spouses Rick and Melissa, Elissa and Nate, Andrea and Michael, Ryan and Michelle, Cassandra and James, Sydney and Andrew, Cole, Hannah and Blake, Katie and Griffin, Ben, Jessa, Addie, Dalton and Kelly, Micaela and Jordan, Monreau and Peter, and Olivia; and several great-grandchildren. 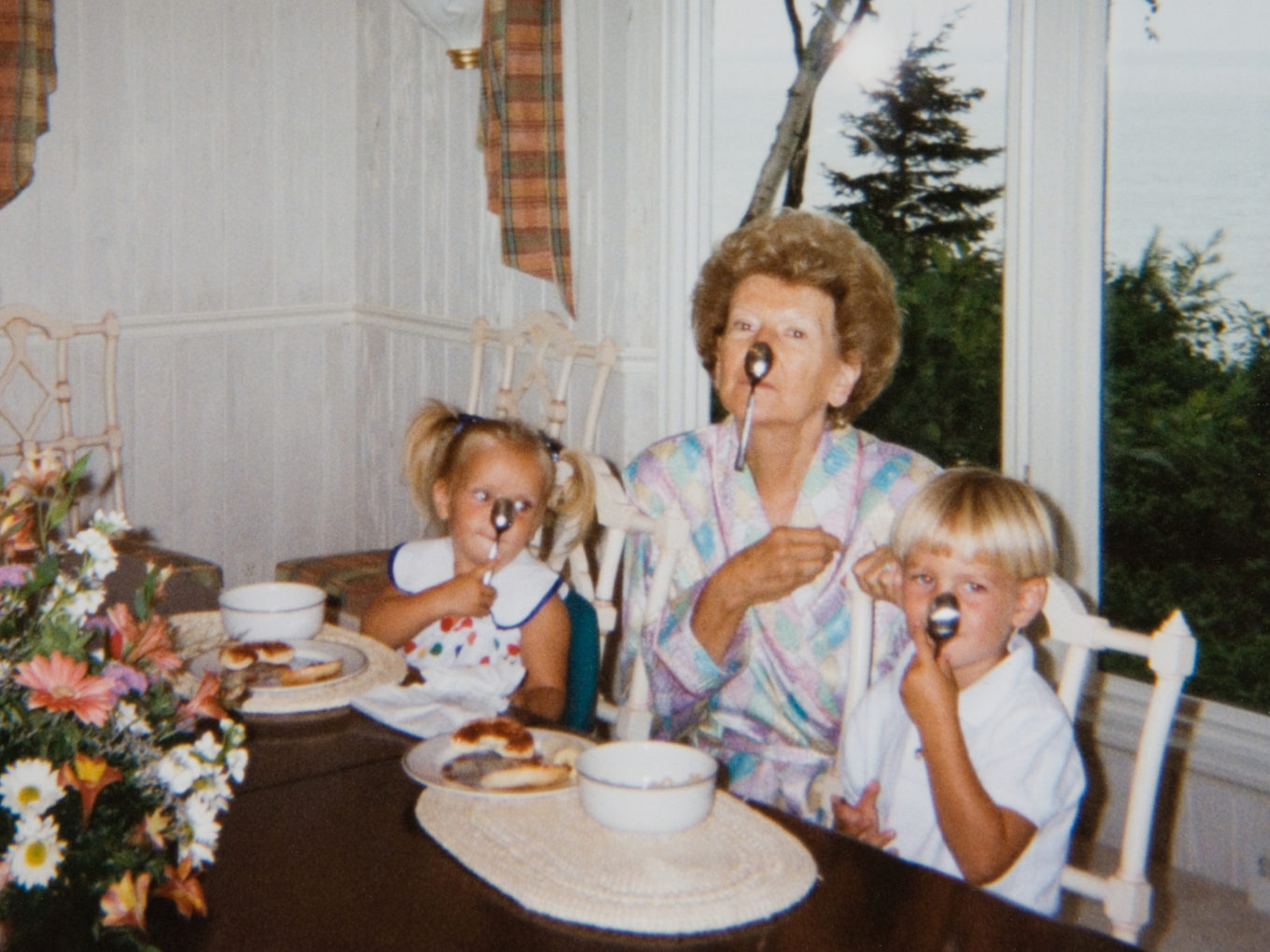 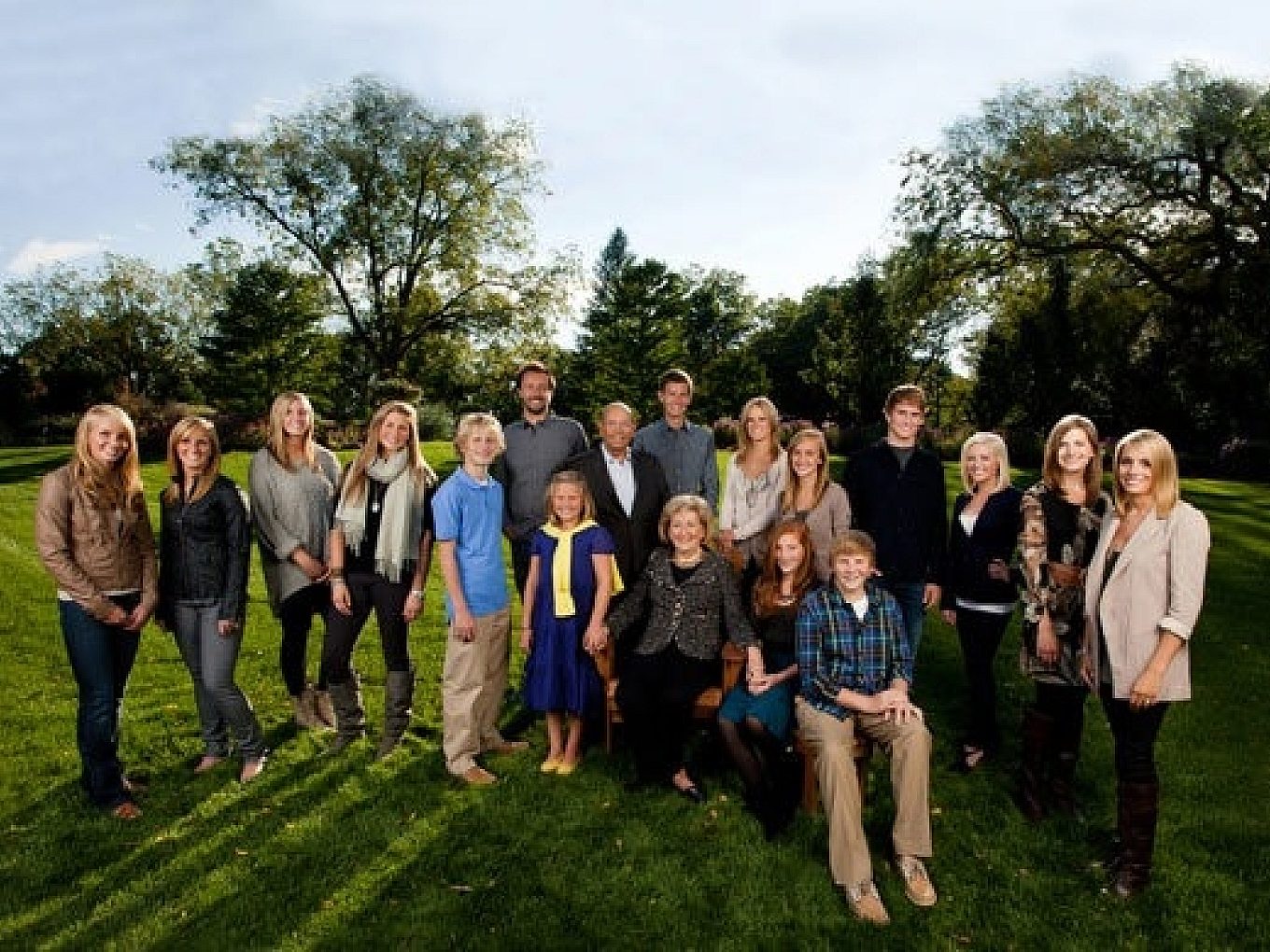 2/4
Rich and Helen surrounded by all their grandchildren at the time. 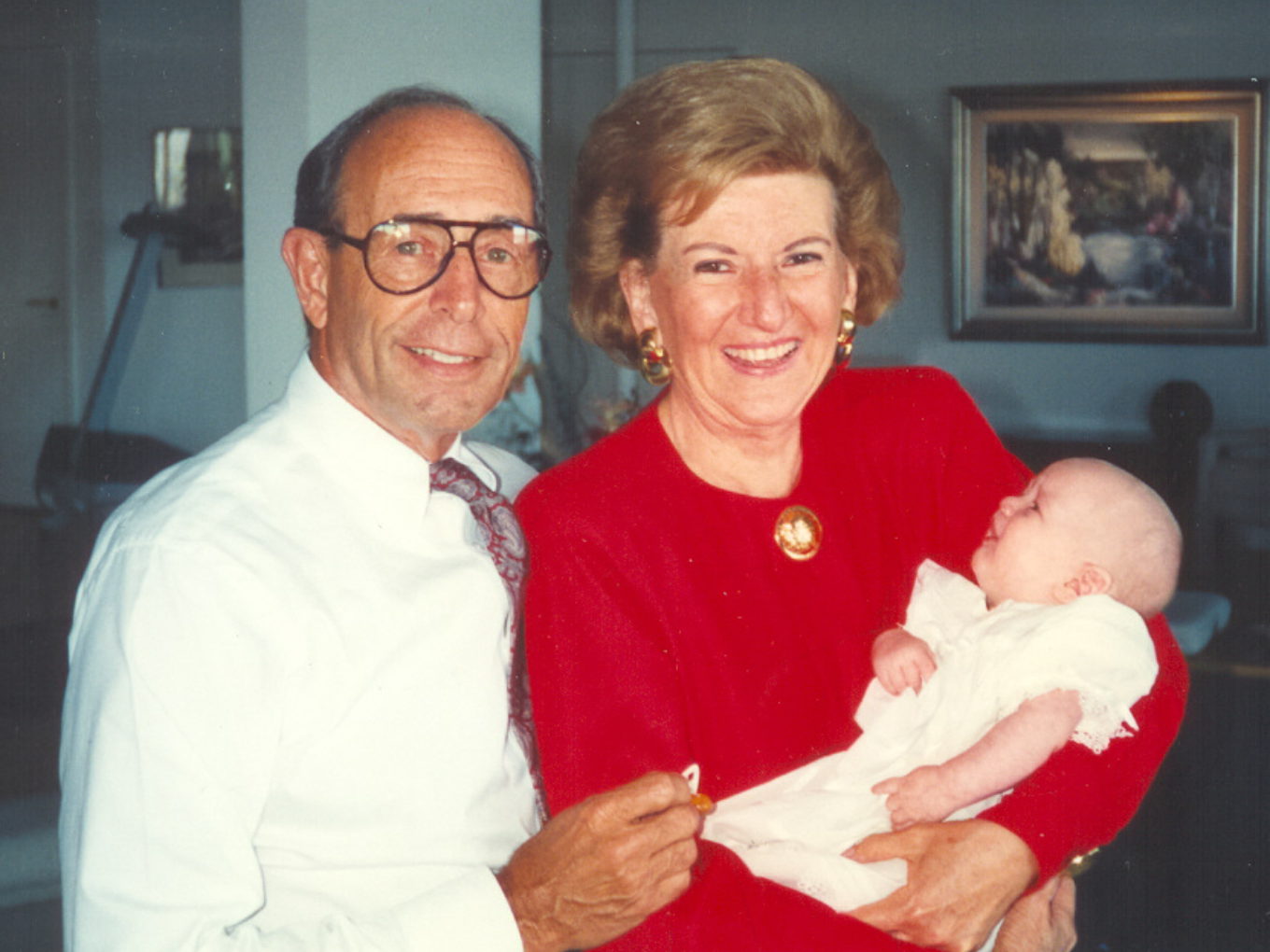 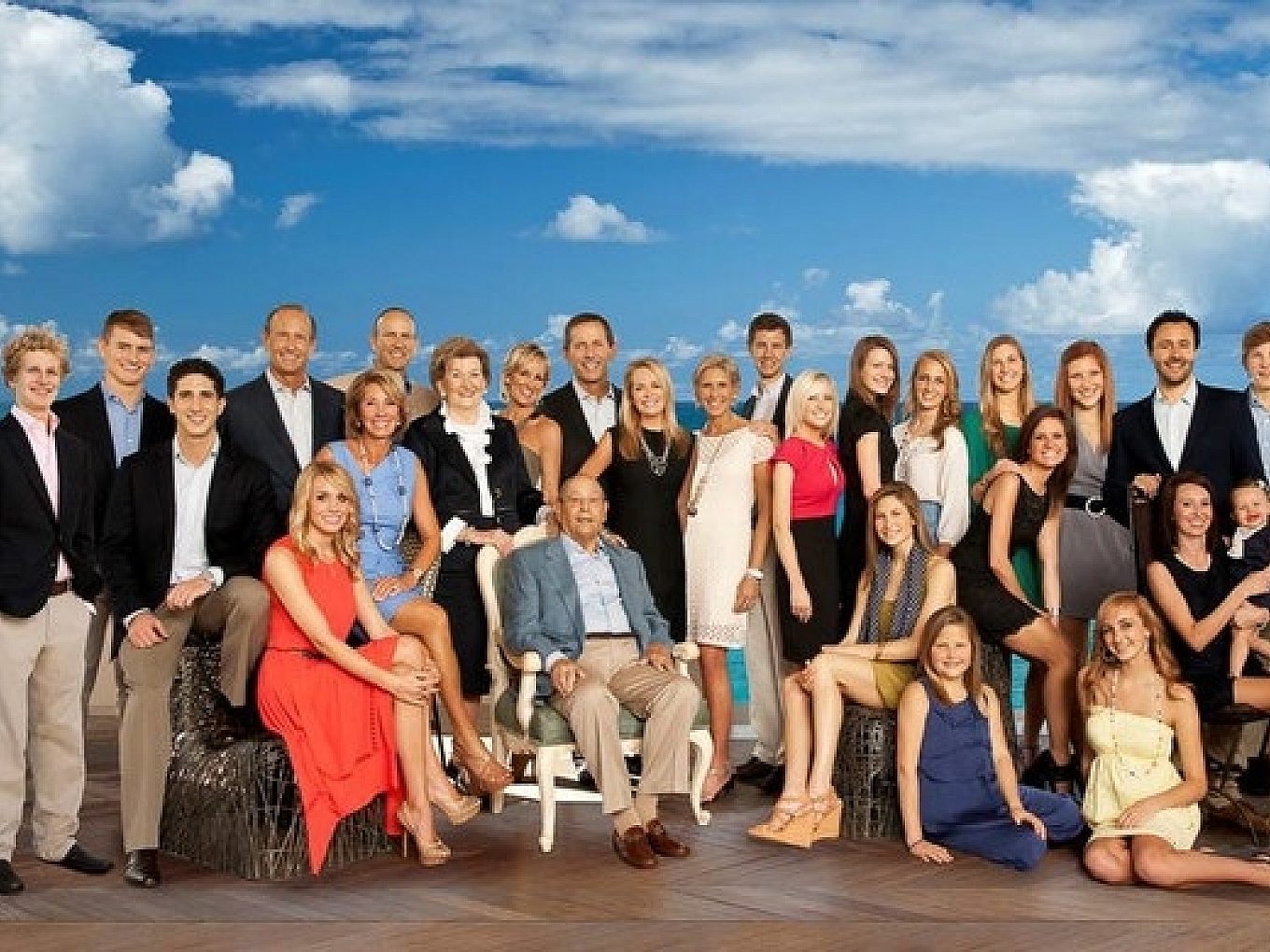 4/4
Rich and Helen surrounded by three generations of their family. At the time that included their children, grandchildren and first great-grandchild.