Orlando Magic saw Helen as the ‘matriarch’ of the team 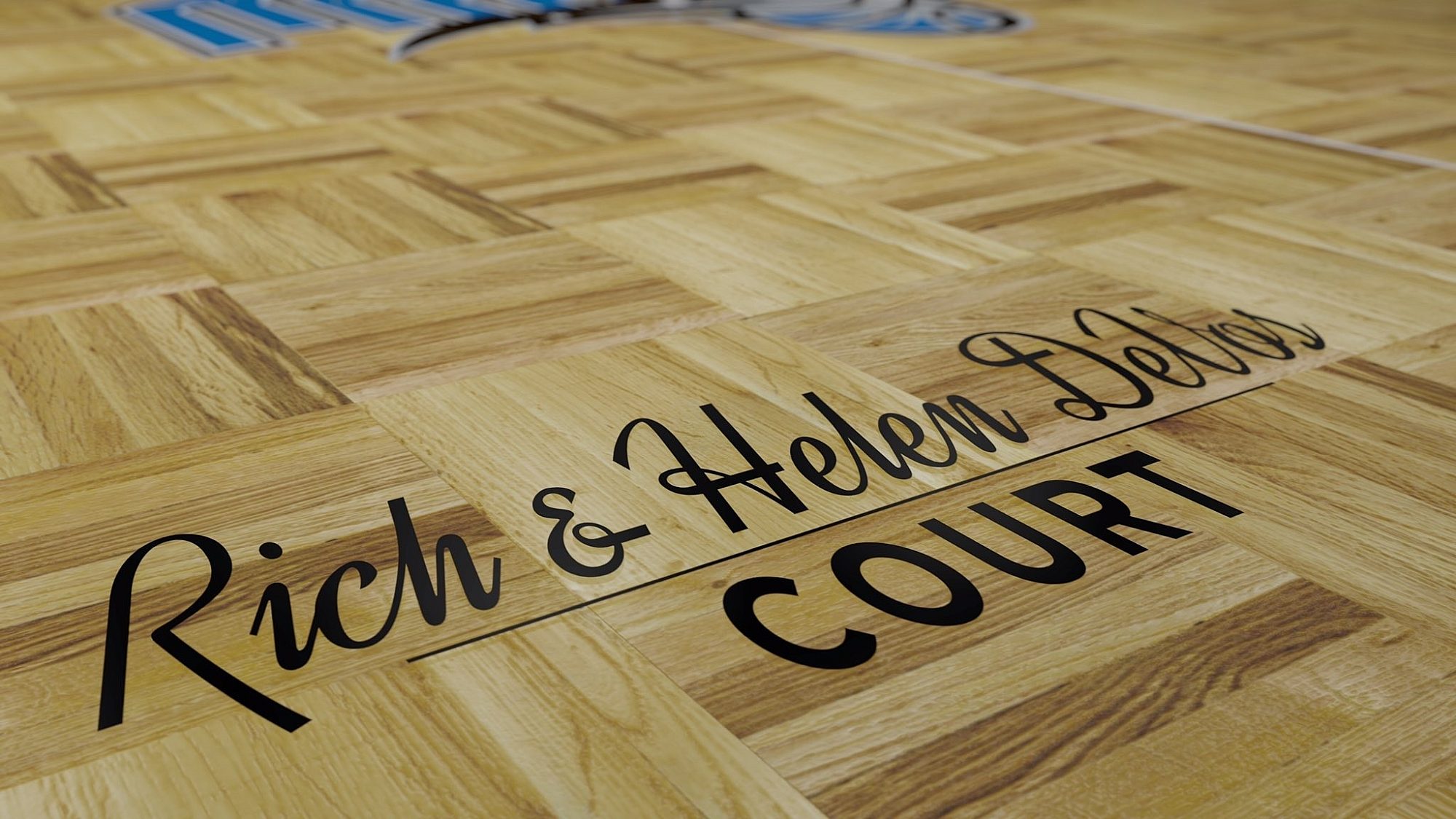 Ever since the DeVos family purchased the NBA Orlando Magic in 1991, Rich DeVos was often seen as the public face of the family, captured by the media talking to players on the sidelines and in the locker room.

But he didn’t fill that role alone. Helen DeVos was at his side cheering on the team at the games and behind the scenes. The couple would often host players at their Florida home to show how much they cared for them on and off the court.

After Helen died in 2017, the Magic players mourned the loss of their “matriarch,” who would make a point to speak to them at every event and impressed upon them the importance of supporting the community.

“She definitely wanted us to help the community as much as possible,” Magic player Elfrid Payton said at the time. “She really cared about this team and she just always wanted to make sure that we were playing hard and working hard.”

So it’s no surprise that in 2019 the Magic dedicated their home court not only to Rich, but also Helen, permanently featuring their names on the parquet floor.

“What a perfect way to honor all that Mr. and Mrs. DeVos brought to the Orlando Magic organization and the Central Florida community,” Orlando Magic CEO Alex Martins said at the time of the dedication. 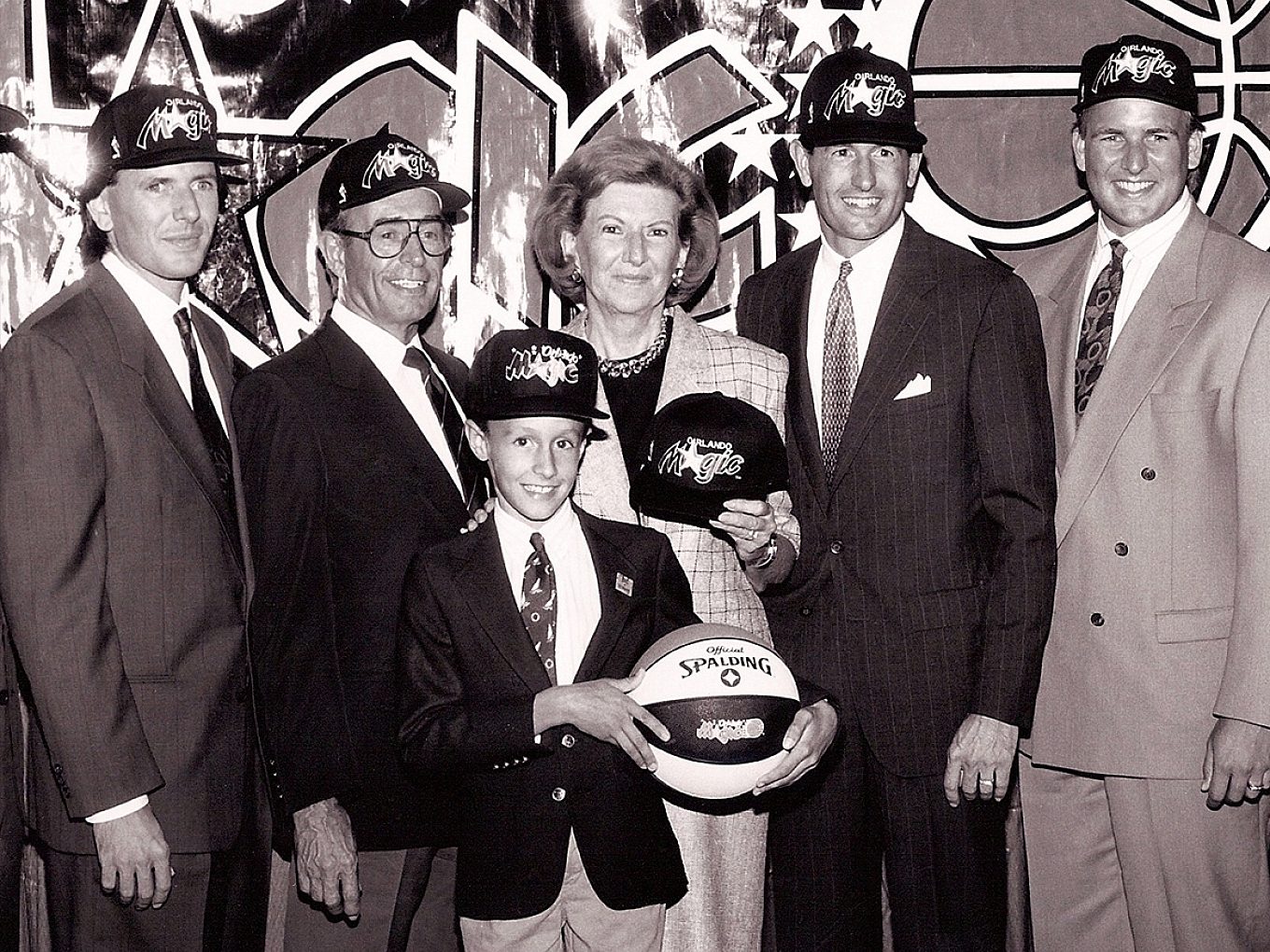 1/3
Dan DeVos, Rich, Rick DeVos, Helen, Dick DeVos and Doug DeVos at the announcement of the family’s purchase of the Orlando Magic in 1991. 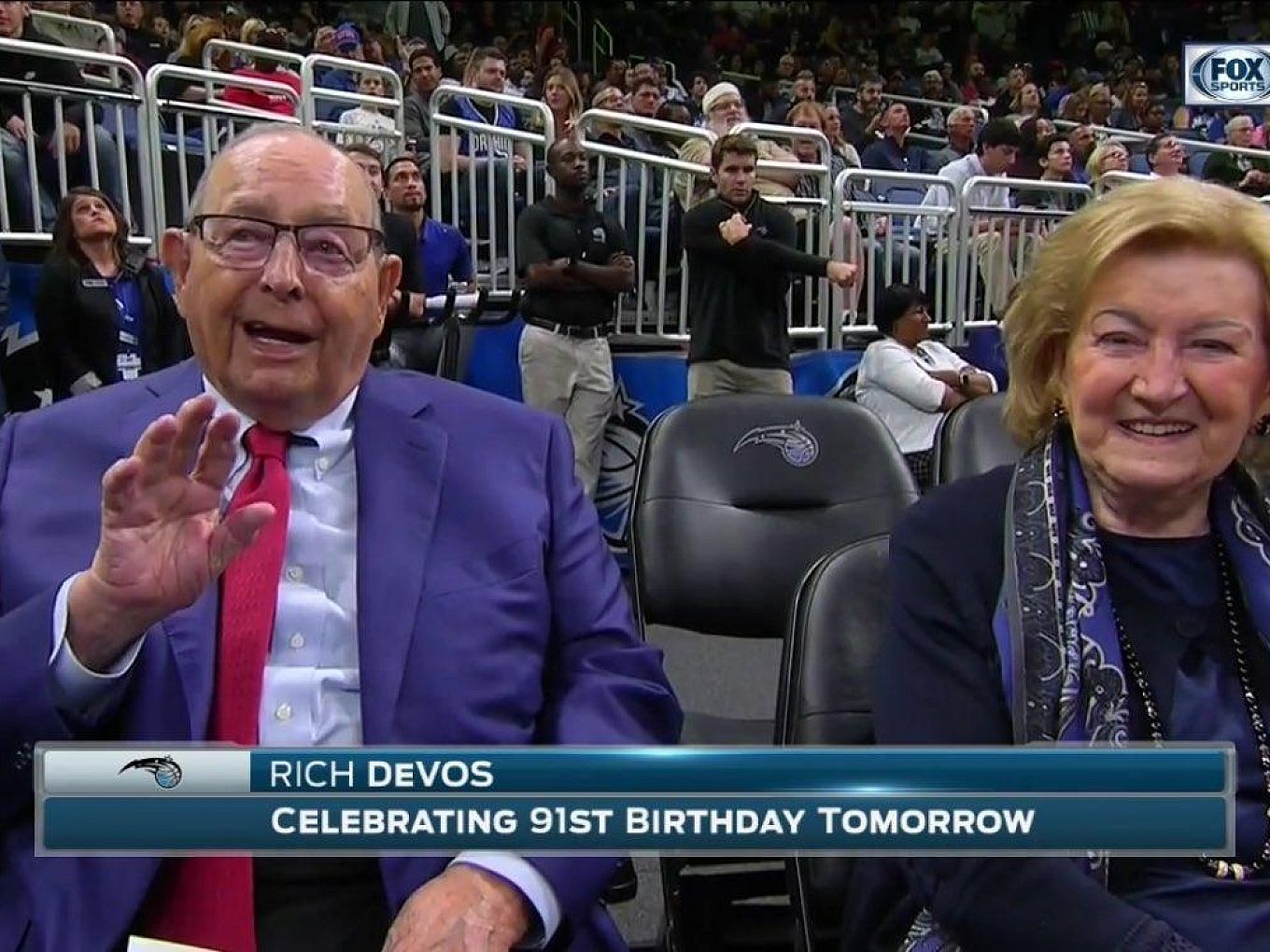 2/3
Rich and Helen are captured on the sidelines of an Orlando Magic basketball game on the day before Rich’s 91st birthday. 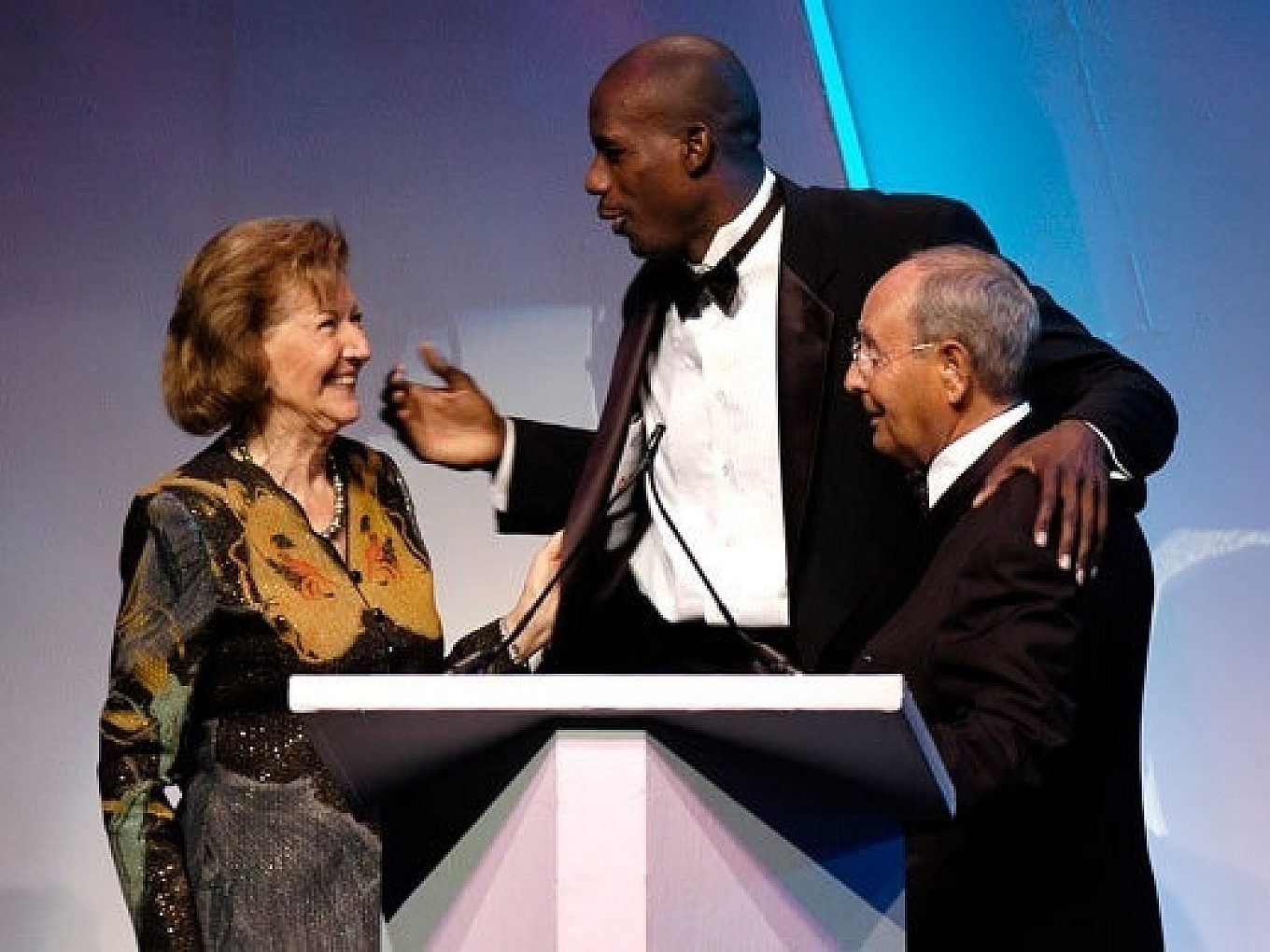 3/3
Rich and Helen gather at a podium with Bo Outlaw at an Orlando Magic Gala event.

When Helen passed away, Alex described her as “the heart” of the organization, shaping its commitment to give back. The Magic organization donates more than $2 million each year to the surrounding community and impacts an estimated 100,000 annually through youth programming.

“She’s best known in Grand Rapids for being an incredible philanthropist and that’s what she’s conveyed to us as an organization,” he said.

“It’s about giving back. She always taught us to make sure that we support those who need our help … She was a true matriarch, she loved this team and she watched every game.”

Alex said Rich and Helen’s legacy will live on, “both in the Orlando Magic’s community efforts and philanthropic contributions, as well as in the way we strive to play the game with passion, a strong work ethic and integrity, while also bringing people together from all walks of life.

“Our court will now forever commemorate Mr. and Mrs. DeVos who made that vision a reality.”